The NASCAR Team Sponsorship Climate and Forecast – Loss vs. Gain? 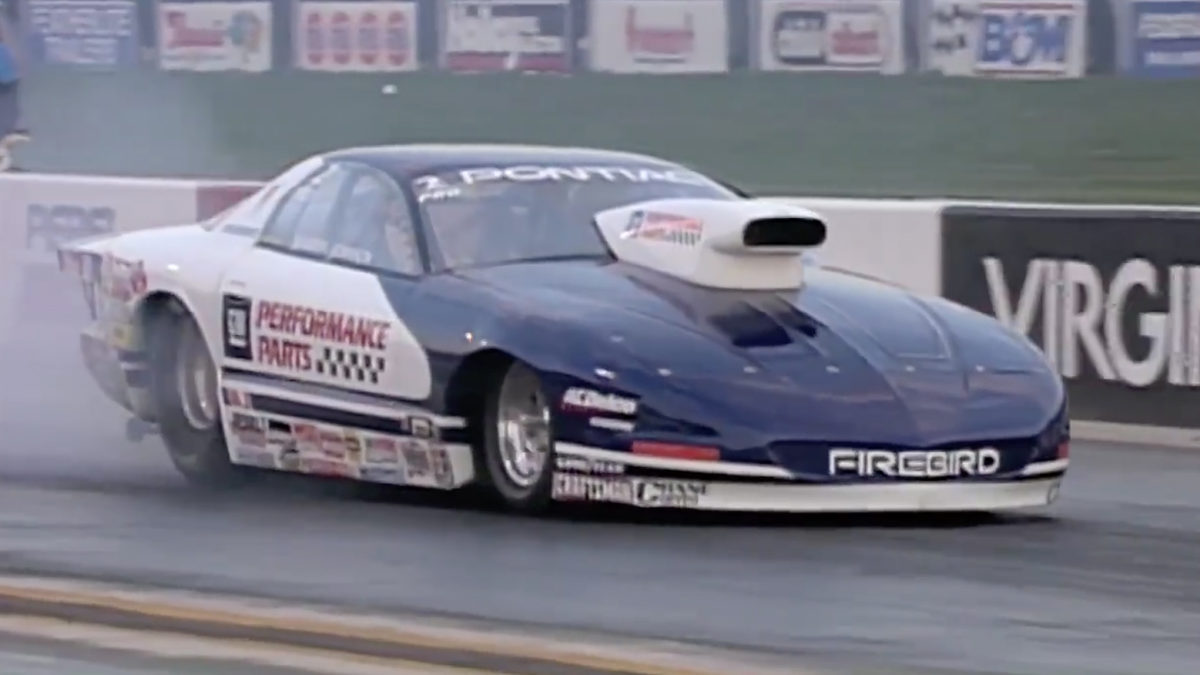 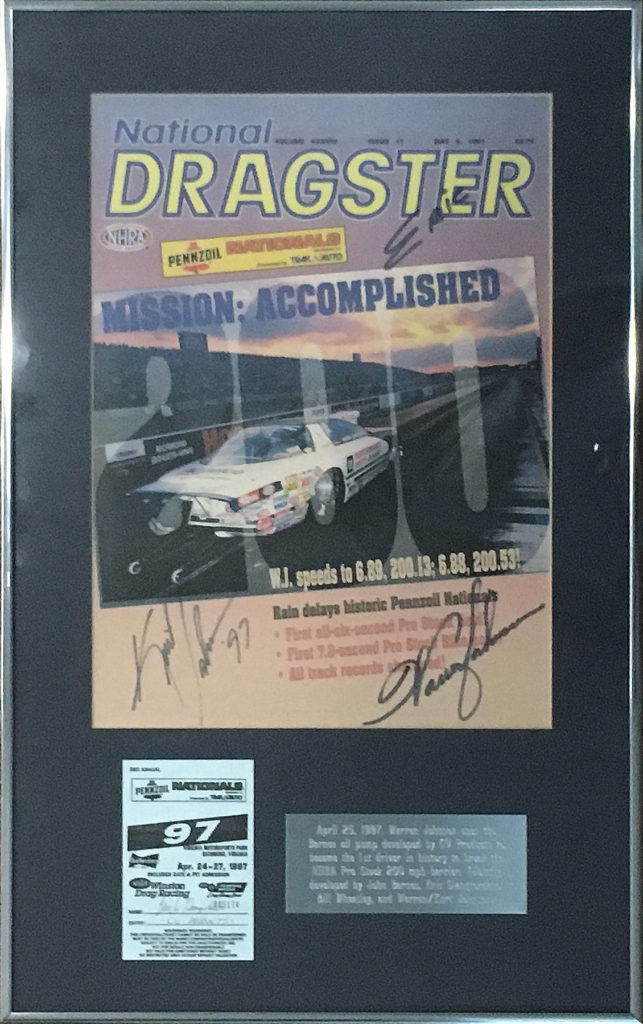 Back in January 1996 when I first joined CV Products, the company was growing and had an outstanding reputation within the motor sports parts industry under the leadership of Clyde Vickers and his partner. But the business was overwhelmingly concentrated on stock car racing, and specifically engine parts, with limited market penetration in other segments including drag racing. That started changing in 1996 when new staff including myself and Rob Celendano began working there in Sales because we both had drag racing backgrounds; Rob had a lengthy history in sales as well as owner/driver in the sportsman ranks, while my background included technical parts sales and business/marketing with Kenny Delco (NHRA Pro Stock) and Doug Herbert (Top Fuel). As the story goes, that was what I was supposed to be hired for, but as CV put it during my interview, “I don’t really have any immediate need for a Marketing Director dressed in a nice suit, but always need good sales people” – I wanted/needed the job, even though it represented a significant pay cut with limited salary and mostly commission and said, “That’s fine – that’s the best place to learn/understand you and this business anyway.”

When the company’s “customer lists” were divvied up for that year, the “FNG’s” like Rob and I got a few solid, established customers to help get started… and page after page of customers deemed “not of interest” by the veteran salesmen (or order takers?): companies who had bought less than $100 the previous year, or hadn’t purchased anything at all from the company in recent years. As I scrolled down my list in the back pages, a familiar name jumped out at me – “WJ Racing Enterprises.”

So I simply called, asked for Warren, introduced myself and said, “Look, I worked with Kenny Delco and Doug Herbert for several years, have an honors business degree, and solid technical/sales experience with racing parts. I’ve been assigned your account and would like to get to know you and your staff to see what we can offer you from CV Products to help support your program because we focus on high quality parts and plan to pursue the drag racing market in earnest.” Warren was polite and simply said to effect of, “Great, I don’t think I have bought anything from you guys in several years, I haven’t heard from anyone recently and the guys I spoke with before didn’t seem to understand me or my business very well.” I said, “Ok, well that just changed.”

Within that first year, I had the pleasure of visiting their shop, getting to know and work with Warren and Kurt Johnson, as well as then crew chief Greg Anderson, and collectively developing a variety of key parts they incorporated into their race engine program – including valve train, oil system and several other misc. components. And anyone that knows anything about drag racing understands: (1) WJ didn’t work with anyone that didn’t pass muster with his scrutiny as one of the greatest drag racers of all time (2) The “Professor” didn’t install anything on his race cars unless it was thoroughly qualified (3) The valve train and oiling components are two of the most sensitive and critical systems to professional engine builders.

For the 1997 NHRA season, top Pro Stock teams lead by WJRE were knocking on the door of breaking the 200MPH “barrier.” In conjunction with John Barnes of Barnes Systems, WJ and KJ and Bill Wheatley at CV Products, I had proposed adapting our 5-stage Barnes dry-sump oil pump that had already become preferred by nearly every NASCAR engine builder, and adapting it to a larger design/configuration suitable for large cubic inch normally-aspirated drag racing engines (i.e., Pro Stock). This was because vacuum efficiency was particularly critical in that series to maximizing horsepower and P/S was so competitive that gains of even 1/2 HP were significant. Once we developed and produced the trial system, I was confident it was superior because I knew the competition and the product WJRE had been running… but believing that, and convincing one of the most renowned race engine builders in history were two different things. When I called their shop after their initial dyno pulls, I could tell Kurt was pretty excited about it – he put WJ on the phone and in typical WJ understated tone, he simply said, “It’s good.” I asked, “How many pounds (of vacuum) did you pull compared to what you are running” and that’s when he admitted it was “very good.” The “Professor” was pleased – no small achievement.

WJRE began immediately running the parts and soon thereafter, on April 25, 1997, I drove to Virginia Motorsports Park to visit with various NHRA customers we had developed, including spending some time talking that day with WJ and KJ. They were running very well and although VMP wasn’t a track/location expected to support records, the humidity was particularly low that day so conditions were conducive for fast speeds, WJ had already run 199+ mph in previous qualifying sessions and unlike the nitro categories, cooler nighttime air rather than the cooler track temperatures had the most significant impact on P/S speeds. I asked them what they thought about the chances of breaking 200MPH in the final Saturday night qualifying session, and as I recall, they simply said, “Maybe… it’s possible but we’ll just have to see” in typical Johnson fashion. I had to leave after the afternoon session but had hesitations due to a very strong feeling he would do it and wanted to be there to witness it – which is why I kept my track pass that day. I learned later that night that at 7:27pm EST, WJ blasted to a 6.894 second/200.13 mph pass – both track records, the quickest AND fastest run in NHRA Pro Stock history – and more significantly, WJ became the 1st ever to break 200mph, what was broadly recognized as “the last great milestone in drag racing’s modern era.”

Warren and Kurt had continued great success (as did Greg later when he became an owner/driver), with WJ capturing 2 additional NHRA Pro Stock championships in 1998 and 1999 running various engine parts we developed for WJRE; and by then, we had made CV Products a contingency sponsor, introduced a “Professional Race Support” parts/support rig present at all NHRA events, and counted countless customers across the NHRA, IHRA and various other Pro/Sportsman drag racing circuits nationwide.

Warren (and Kurt to a lesser degree) was always broadly perceived as having a very gruff, no-nonsense demeanor. But what I realized and understood immediately was that was simply because he was a do-it-all racer, engine builder and “rocket scientist” from the golden era of drag racing, someone who was happiest working on his dyno or race cars to earn a living, and simply didn’t suffer fools, BS or distractions to his purpose and goals.

Looking back, making the opportunity to earn the confidence and business of WJ and KJ was amongst the best of my many memories and accomplishments during my tenure at CV Products. Working with drag racers who broke the 6-second NHRA Pro Stock barrier (KJ), 200mph NHRA Pro Stock barrier (WJ) and made the 1st elimination (and 2nd ever) 300mph Top Fuel pass (Doug Herbert) in history makes for some pretty cool memories too! And still being friends with people like Rob, who also worked tirelessly to help grow CV Products and been a loyal/trusted employee of that company for 20+ years, isn’t bad either!