A Break in Your Routine: Overview of Disability Insurance 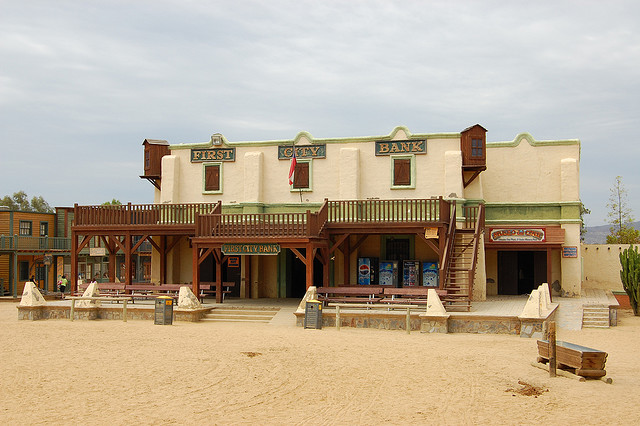 Any small business that has tried to secure new loans during this “Great Recession”, as many have now taken to calling it, has likely experienced the same types of frustration as homeowners seeking a new or refinanced mortgage. I’ve been working with and/or spoken to a number of small business owners from a variety of unrelated industries, from food/beverage to aviation, and it appears that regardless of the type of business, the issues with lending (or more specifically, the lack thereof) are consistent.

Small business is the lifeline of not only the economy on a macro level, but also on a micro level for local and regional population centers. The banks themselves are understandably reticent to get more aggressive with their lending practices, given that for most, the lack of discretion and fiscal responsibility through direct or indirect asset management the past few years was a significant factor in triggering this latest overall recession, as well as an unprecedented series of failures in the banking industry itself not seen since the Great Depression.

So rather than provide a “stimulus or incentive” for the banks to lend to small businesses, or arguably even better, simply leave them to their own devices, the federal government decided to implement a variety of new restrictions and regulations, including capital requirements. I won’t delve into the complexities of the previous environment or the merit of these new laws, but what I will submit for consideration is that economic growth and the pace of recovery very well may have been furthered impeded by many of these additional regulations. Timing is often so critical for many things in life and an argument can be made that left less impeded, the banks very well could overcome their own self-induced errors and then more quickly become fluid in their lending practices.

However, between still fresh memories of what burned them in the first place, a sweeping series of new regulations and perception concerns amongst the media, their shareholders and the general public, the banks’ lending affinity appears to generally range from negligible to simply “not interested.” The lack of motivation or interest amongst many lenders, particularly the major firms, for small business lending has been both frustrating and crippling to small business owners today. And that is the message I hear from most small business owners I work with or speak to – “Even with good credit, consistent profitability and growth, and a multi-year operating history and relationship with my lender, they basically won’t offer me any new capital to grow my business; or they offer it at such uncompetitive terms that it makes no sense.” And this is in an environment where the Federal Reserve rate and their ability to access capital remains at the all-time historical low.

Without the ability to borrow capital at reasonable terms, small businesses simply cannot grow or expand. That means less capital purchases, reduced hiring and wages, etc… – all the factors that will help lead the economy into a sustained recovery, rather than the current malaise the United States remains stuck in. Lack of more intelligent and active lending practices by local, regional and national banking institutions will continue to foster a greater divide between the “haves” and “have nots”, existing or new small businesses will continue to suffer and the effects will continue to hinder overall recovery as measured by progress on key benchmarks including employment, housing and GDP.

Local, state and federal elected officials seem to be listening, rather than hearing. Washington’s newly passed “Small Business Act” is at least a small step in the right direction with certain provisions like greater funding and more preferable terms for SBA loans, as well as increased tax/depreciation benefits that should help many small businesses. No one would argue that we should return to the reckless lending standards of a few years ago, but reasonable access to capital must be a focal point of any recovery.